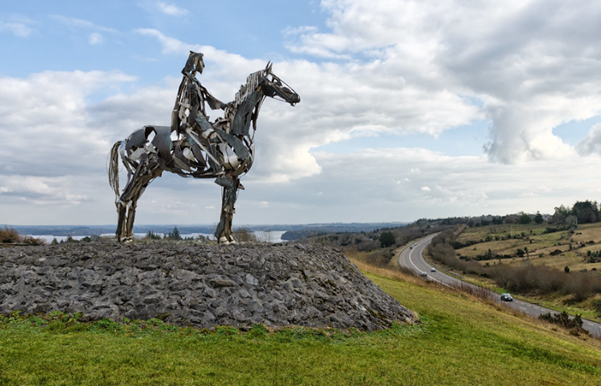 The Gaelic Chieftain, near the Sligo Roscommon border, is a statue that is situated on an elevated site by the main Dublin – Sligo road, that gives you amazing views of Lough Key Lake, Lough Key Forest Park and The Curlew Mountains.

Complete with a picnic area, it is a lovely place to take a break from travelling and sit and relax.  It is a place where no matter which direction you are sitting, you can absorb the majestic beauty of Ireland at its most natural splendour. You can marvel at the rugged and starkness of the limestone and sandstone Curlew Mountains, with traditional farmhouses peppering their base.

Turn slightly and you can enjoy the lush greenness of the forests of Lough Key Forest park and the agricultural fields that surrounds it. It is vistas like this that has made Ireland’s countryside world famous.

Feed your soul with calming stillness that is Lough Key with its thirty-two wooded islands. Lough Key – or in Irish Loch Cé gets its name because it is said to the resting place of Cé, the Druid (magician or sorcerer) of the pagan God Nuada, who having been wounded at the Second Battle of Mag Tuired, fled to a plain full of the most beautiful flowers he had ever seen. Reaching this plain, he died. It is said that when his grave was dug a lake burst forth covering the plain and protecting his resting place. You can also see if you can spot some of the ruins on the islands.

The you have the magnificent statue of The Gaelic Chieftain. Standing over four metres tall, it is an impressive statue of an Irish Warrior on horseback facing the Curlew Mountains. Unveiled in 1999, marking the 400 anniversary of the Battle of Curlew Pass in which the Irish Rebels delivered a devastating defeat to the English Forces with little or no casualties to the Irish Rebels.

This statue means so much to me because it can be seen on the main Dublin Sligo road. Even before I moved to Sligo, I always looked forward to seeing this statue as it meant I was in Sligo. As my family is in the east of the country, we go pass it regularly. To me, when we are going to the east, it is a sign that we are on the way. When we are returning, it is a sign that we are home. When my son was younger he would wave to the Chieftain and either say “See you soon Warrior man!” or “We are back Warrior man!” 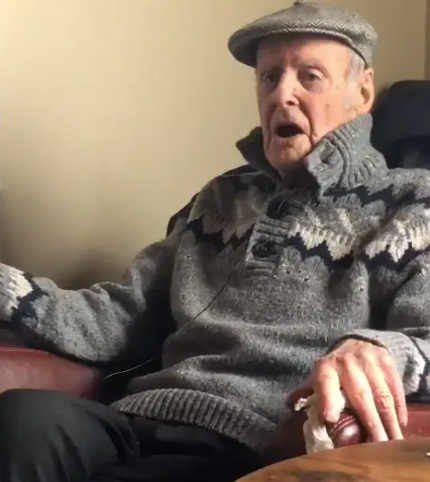 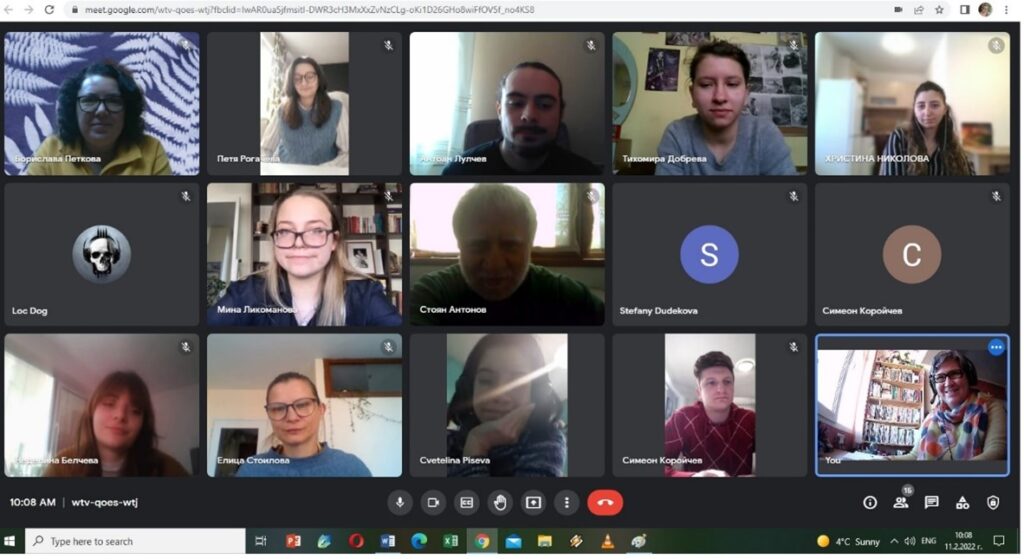